“The best day on which the sun has risen is Friday; on it Adam was created, on it he was made to enter Paradise, on it he was expelled from it. And the last hour will take place on no day other than Friday.” [Sahih Muslim]

The blessed day, the best day of the week, in the best time of the year!
So it’s important to make our best efforts on this best day - Not just for ourselves but for our brothers and sisters who are struggling around the world.

While many of us will enjoy hearty home-cooked iftars of our favourite dishes in Ramadan, countless people in our Ummah will struggle to find anything at all to eat - constantly food insecure, unsure where their next meal is coming from, and suffering the debilitating effects of hunger and starvation.

Malnutrition is one of the world’s biggest killers - Nearly 50% of deaths in children below the age of five are due to the effects of malnutrition.
Surely, as one ummah, we cannot feast whilst our brothers and sisters go hungry.

Giving your charity on Jummah carries more virtue than other days. Ka’b, narrated that Prophet Muhammad (saw) said, “Charity given during the day of Jumu’ah is greater (in reward) than any other day.”

Make the best of days extra special by giving charity and feeding the fasting!

The Prophet (saw) said, ‘Whoever feeds a person breaking his fast will earn the same reward as him, without anything being lessened from the reward of the fasting person’. (Tirmidhi)

A £100 donation will provide two families with food packs to support them over the thirty days of Ramadan.

So don’t just read about it, or think about it. Make the intention and give now!

Give in the name of Allah

Your charity count 100% with SKT Welfare; 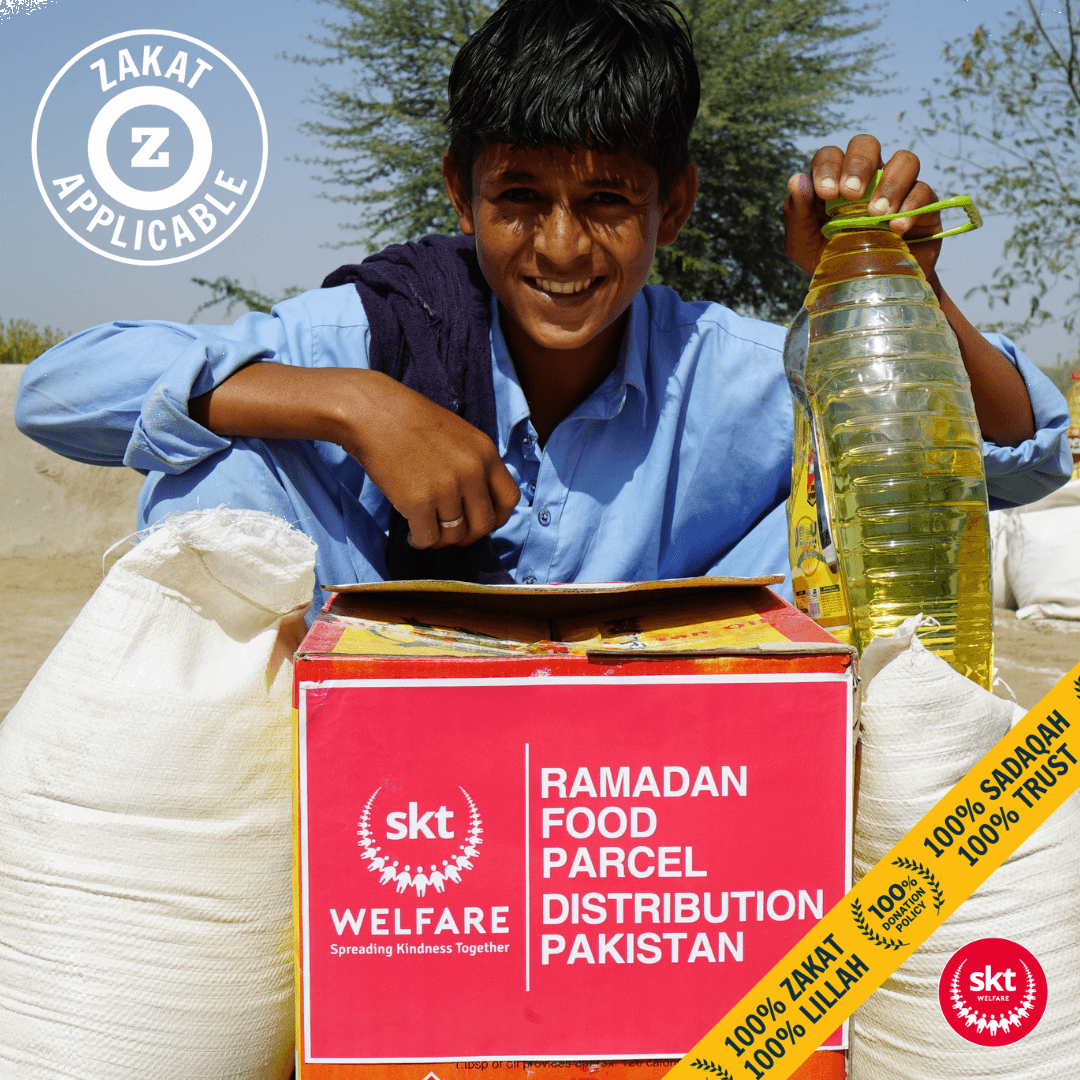