The Uyghur story so far

Who are the Uyghurs?

The Uyghurs are Turkic-speaking Muslims from the Central Asian region. The largest population – about 11 million people - live in China’s autonomous Xinjiang region, in the country’s northwest.  There are currently over 60,000 Uyghurs living in Turkey.

The Uyghurs have been living in China for over 2,000 years. Over time, Uyghurs have followed a number of religions, and today most Uyghurs are Muslims. 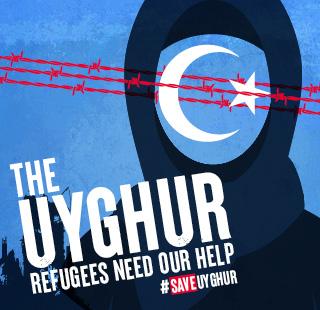 What is happening to the Uyghurs in China?

Over the last few decades, China has placed restrictions on the Uyghur language, and
practise of their Islamic faith. In recent years, the government has installed sophisticated surveillance technology across the region, and there has been a surge in police numbers.

More than 173 million cameras have been installed to watch over the people of China and with constant police observation, there is not a single move these people can make without the government begin aware. The Chinese government has also launched a biometric tracking campaign throughout the region, taking DNA and blood samples from the Uyghur population under the guise of a mandatory health check.

The reality of the situation

At least one million Uyghurs have been detained in what China calls “vocational training centres”. These are purpose-built detention centres, some of which resemble high-security jails. There is growing evidence of human rights violations inside the centres as well as reports of deaths in custody and forced labour. In reality, these centres are “political re-education” centres, where Uyghurs are forced to consume pork and alcohol and declare allegiance to the Communist Manifesto. Stories of torture, forced medical experiments and rape are coming to light, and the atrocities don’t end there. The Uyghur people are being physically and psychologically tortured in Xinjiang and being stripped of their religious freedom.

Some Uyghurs have been employed by the state to spy on other Uyghurs, reporting any suspicious or illegal behaviour. This includes if someone has given up smoking, refuses to drink alcohol or even if an Uyghur refuses to watch Chinese news broadcasts.

Uyghurs living in other countries have also been facing intimidation from Chinese officials.

China would have you believe their camps in Xinjiang are a place of progression and peaceful reform. That their facilities are pristine, fostering an educational environment filled with culture, learning and bright, dedicated students. But the truth is far more horrifying. These are not “vocational training centres”, these are concentration camps.

People are beginning to come forward with personal accounts of torture or stories of loved ones being taken away to “re-education” camps in the dead of night. One such account comes from 43-year-old, Sayragul Sauytbay, a Chinese Muslim detained in 2017 to teach at a “re-education” camp in Xinjiang.

Sayragul was taken to one of these camps by four armed guards, with a black sack placed over her head. Once at the facility, she was informed that she would be teaching Chinese to the inmates and despite not wanting to agree, she was forced to sign a document that laid out her duties and the rules of the camp. She told the newspaper, Haaretz, “It said there that if I did not fulfil my task, or if I did not obey the rules, I would get the death penalty. The document stated that it was forbidden to speak with the prisoners, forbidden to laugh, forbidden to cry and forbidden to answer questions from anyone. I signed because I had no choice.”

The punishment took place publicly on a daily basis, but the worst of it would happen in the black room. The black room was a special room designed specifically for torture in the camp, named due to the fact that it was forbidden to speak about it. “There were all kinds of tortures there. Some prisoners were hung on the wall and beaten with electrified truncheons. There were prisoners who were made to sit on a chair of nails. I saw people return from that room covered in blood. Some came back without fingernails,” said Sayragul.

She also witnessed the rape and violent sexual assault of women in her class by
multiple officers.

Daily Routine in a Camp

Numerous accounts reveal that prisoners are kept on a strict routine. They wake up at 6AM, eat a meagre breakfast, learn Chinese language, propaganda songs and Chinese slogans – such as “I love China”, “Thank you to the Communist Party” and “I am Chinese” -, confess to their sins between 4 and 6PM, eat, think about their crimes and write them down, before going to bed at 12AM. Some accounts reveal that, “Their hands and feet were shackled all day, except when they had to write. Even in sleep they were shackled, and they were required to sleep on their right side – anyone who turned over was punished.”

The plight of the Uyghurs cannot be ignored. It is important to spread awareness,
educate and act to help stop this atrocity. SKT Welfare is working with Uyghur
Muslims in Turkey who have fled persecution.