Yemen is on the brink of starvation, where 100,000 people have died from a lack of food. The
UN estimates that 130 children under the age of 5 die from hunger and disease in Yemen every
single day, and that 80% of the population is in dire need of humanitarian aid and assistance.
`
The Containers 2 Yemen project began in early 2020 with a noble aim, to raise awareness about the
crisis in Yemen whilst taking much-needed action and delivering vital food items to those most in
need.
.
Communities from all over the country got involved to help fill containers in their local areas. The atmosphere was electric as we saw Mosque committees, Imams, students, children and the elderly all come together to drop off pallets and pallets of flour and rice for the people of Yemen.
`
The response in Birmingham, in particular, was inspiring as four additional containers had to be

ordered to keep up with the demand! Local Brummies told us that nearby supermarkets placed a limit of two bags per customer because of the sudden surge in purchasing the flour and rice!

Having just moved to Birmingham, I was blessed to be involved with the project at the heart of the
busiest city in the UK. Initially, the response was slow, we had a few drop-offs during the week, but I
never expected it to be so quiet. I had always heard so much about the “Midlands generosity”, but
there was only 1 week left until the container was to leave and only 10% of it was full! I was
beginning to get worried. But as we all know, help always comes when we least expect it; and
Alhamdulillah, it sure did! It was Friday morning when Shaykh Aslam, Imam at Ghamkol Sharif
Mosque, shared our picture of the near enough empty container, with one plea: we can’t let this
empty container go to Yemen. I remember having butterflies when I saw the Facebook post, hoping
that surely now the container would start to fill up?

I couldn’t be on Facebook for long to see the response as the car park of the Mosque had started to
fill up. I decided to give it one final shot and asked the security guard if I could put the leaflets with
the container details on each windscreen. Thankfully, he said yes! While I was doing this, a pair of
lovely siblings saw me, asked me what I was doing, and offered to help! The brother volunteered to
stand outside the brothers’ entrance and his sister at the sisters’ entrance handing out the leaflets. I
decided to stand near the container door, which I had finally learned to open in 1 minute as opposed
to the 3 minutes it used to take at the start (it was super heavy). Jumu’ah prayer ended, the crowds
rushed out, some straight into their cars, others looking at their windscreens, talking to each other
about the leaflet, and (finally) some started to come towards the container. It really was a buzzing
experience. People from all walks of life came to enquire about the container and promised to come
later on during the day or on the weekend. Within hours, the container was getting full, but the
weekend was yet to come.

During the weekend, I witnessed the peak of Birmingham’s generosity! When I arrived, there were bags of flour and rice already waiting, stacked outside the container. We quickly loaded them into the container as cars started to arrive, and another, and another. The Ghamkol Sharif car park literally transformed into a drive-through that weekend as car after car came, filled to the brim with flour and rice bags. Our amazing team of 15 eager volunteers couldn’t keep up with the demand!

One brother who came to drop off his share of rice and flour saw our struggle and offered to help. He didn’t just stop for a few hours, but stayed for the remainder of the day and also returned to help every day for the entirety of the next week. He told us that he had taken the week off from work to do “container duties” as we called it! And just when I thought that Birmingham couldn’t get any more generous, another brother started to come every day to help out too! And I guess that part blew me away. 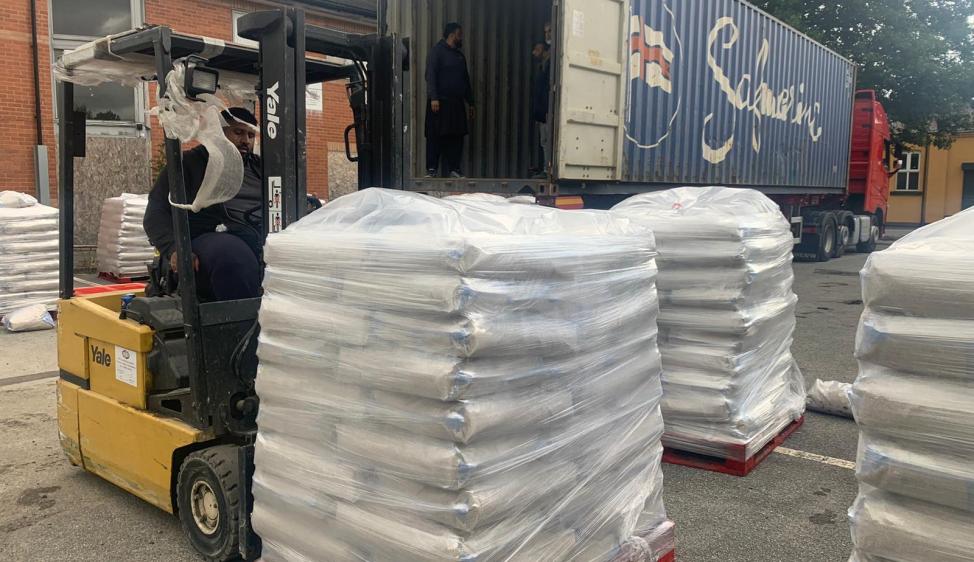 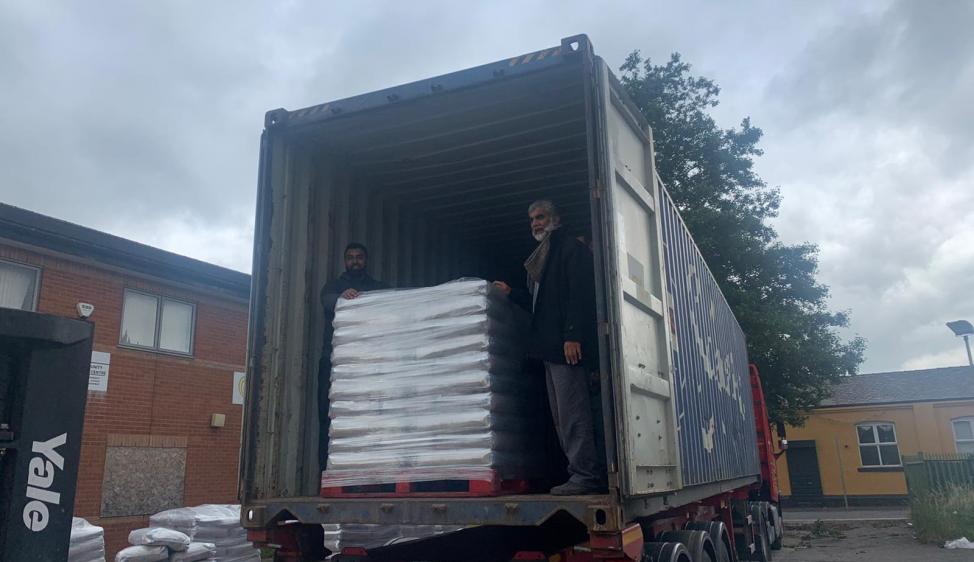 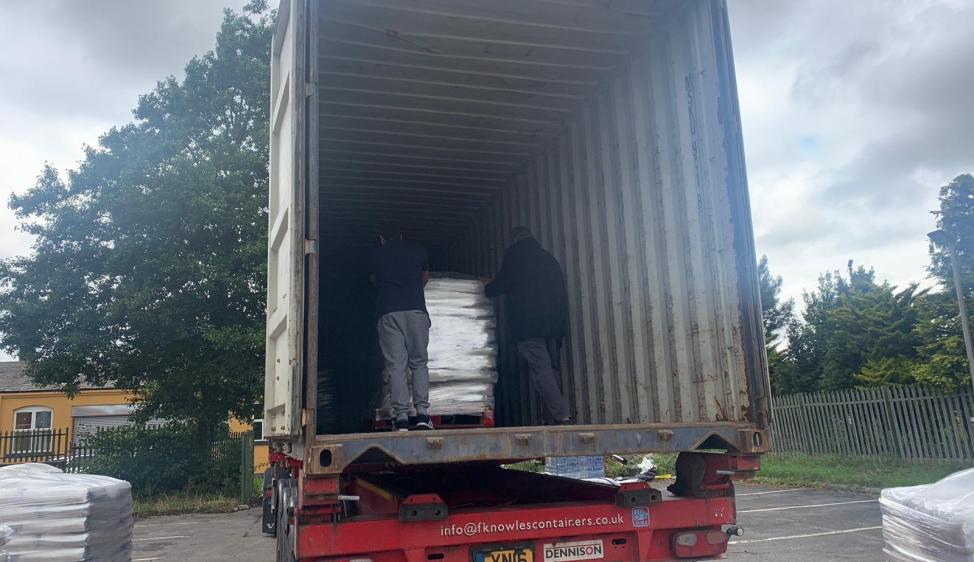 The Ummah uniting for Yemen

Yes, from the outset, I was part of a team filling a container, loading 10/20//30kg bags of flour and
rice (okay maybe not the 30kg ones) but there was so much more happening in the background!
Every single day for that week and a half I was seeing the Ummah unite for a cause they all held dear
to their hearts, and it was a beautiful sight! I was meeting new people and learning from them too. I
remember one day an elderly Auntie came to ask about the container and what she could drop off. It
was raining heavily so I assured her that she could come back later on the week when it wasn’t as
wet as she didn’t have a car and I knew the bags would be too heavy for her to carry alone. What
she told me next was beautiful. She looked at me and said, “you should never delay today's action
to tomorrow.” I smiled, “But Auntie, it’s raining so much!” To which she replied, “Allah will help
me,” and left. She came back not long after and told me that somebody had seen her struggling with
the bags and had offered to drop her off to the Mosque in his car. I was blown away. Again. 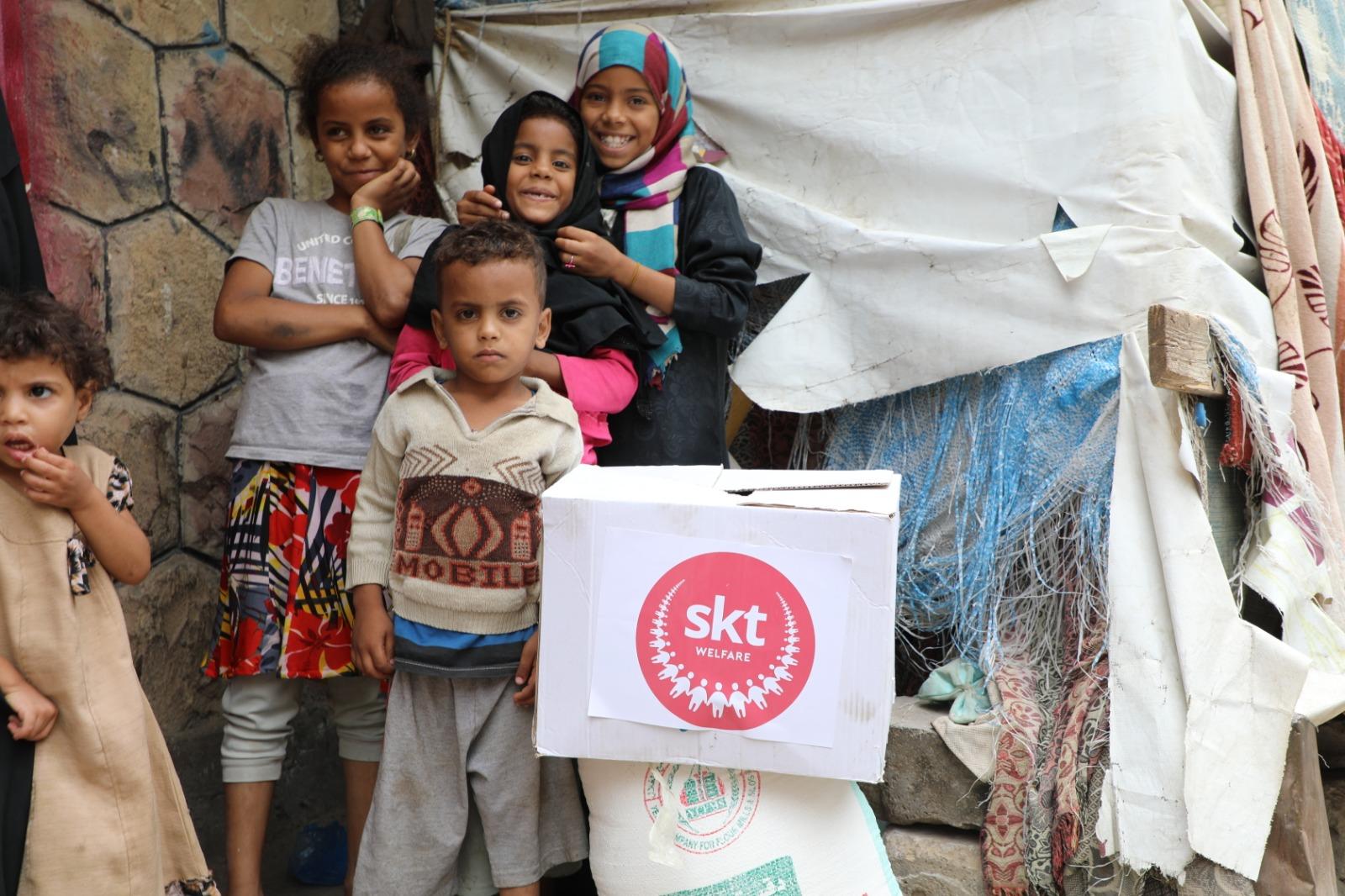 Alhamdulillah because of the generosity of our communities and the hard work of our volunteers,
we were able to provide some much-needed relief to our brothers and sisters on the brink of
famine. Last week, we received the news that after a few delays at the Yemen port, the nine
containers had finally reached the warehouse and 300 tonnes worth of flour and rice had been
distributed to those most in need. Hearing this brought back many beautiful memories for me.
Memories of unity, generosity, hope, compassion, and ultimately, kindness. What we did so many
months ago we can do again. Hundreds of people have been given flour and rice, staple parts of
their diet to last them for the next month. In these times where suffering is heightened and
worsened by Covid-19, the situation in Yemen is the worst it has ever been. Nutritious food will help
keep communities healthier, stronger and safer in these unprecedented times.

SKT Welfare continues to support those who are suffering at home and across the world; those
people who need us to unite; those people who are relying on us to help them. Together, let’s
continue to spread kindness with SKT Welfare.