Muharram is the first month of the Islamic Calendar, and one of the four holy months.

It is also called “The Month of Allah,” the only month which features Allah’s name, and fasting, while optional (Nafil), is considered the most rewarding after the month of Ramadan.

So, if we are enclined to fast in Muharram, we choose to fast on the 9th, or the 10th  day of Muharram in the Muslim calendar when we respect the martyrdom of Imam Hussain (r.a), who suffered the death of his son in his arms because he was denied water at the Battle of Karbala. Imam Hussain (r.a) was grandson of the Prophet (saw), he and many other members of the holy Prophet’s family were held captive or killed at the Battle of Karbala.

So that day, the Day of Ashura, offers an unmissable opportunity for our spiritual redemption by fasting.  For Allah promises that anyone who fasts on this day will be rewarded by having their sins of the past year wiped clean.

And for all who suffered martyred on the Day of Ashura due to lack of water, we give the precious gift of water to many who, through circumstance, and no fault of their own, suffer a daily lack of clean, uncontaminated water.  We do this in several ways in several countries.

The Messenger of Allah (SWT), said, “The best fasting after the month of Ramadan is the month of Allah, Al-Muharram,” (An-Nasai 1613)

We are now in the blessed month of Muharram and at the start of a new Islamic year. In these special days, we are reminded of when the Prophet Musa (as) freed the Children of Israel from the wicked Pharaoh, the glorious day when the Prophet Nuh (as) and his companions left the Ark, and of the important sacrifices made by Imam Hussain (ra), his family and his companions during the Battle of Karbala approximately 1400 years ago.

Mark this Muharram, a month of blessings and remembrance, by giving charity, remembering those in need and embodying the spirit of sacrifice, love, and devotion of our beloved Prophets, their family, and companions.

This Muharram, helps those in need thrive and not just survive. 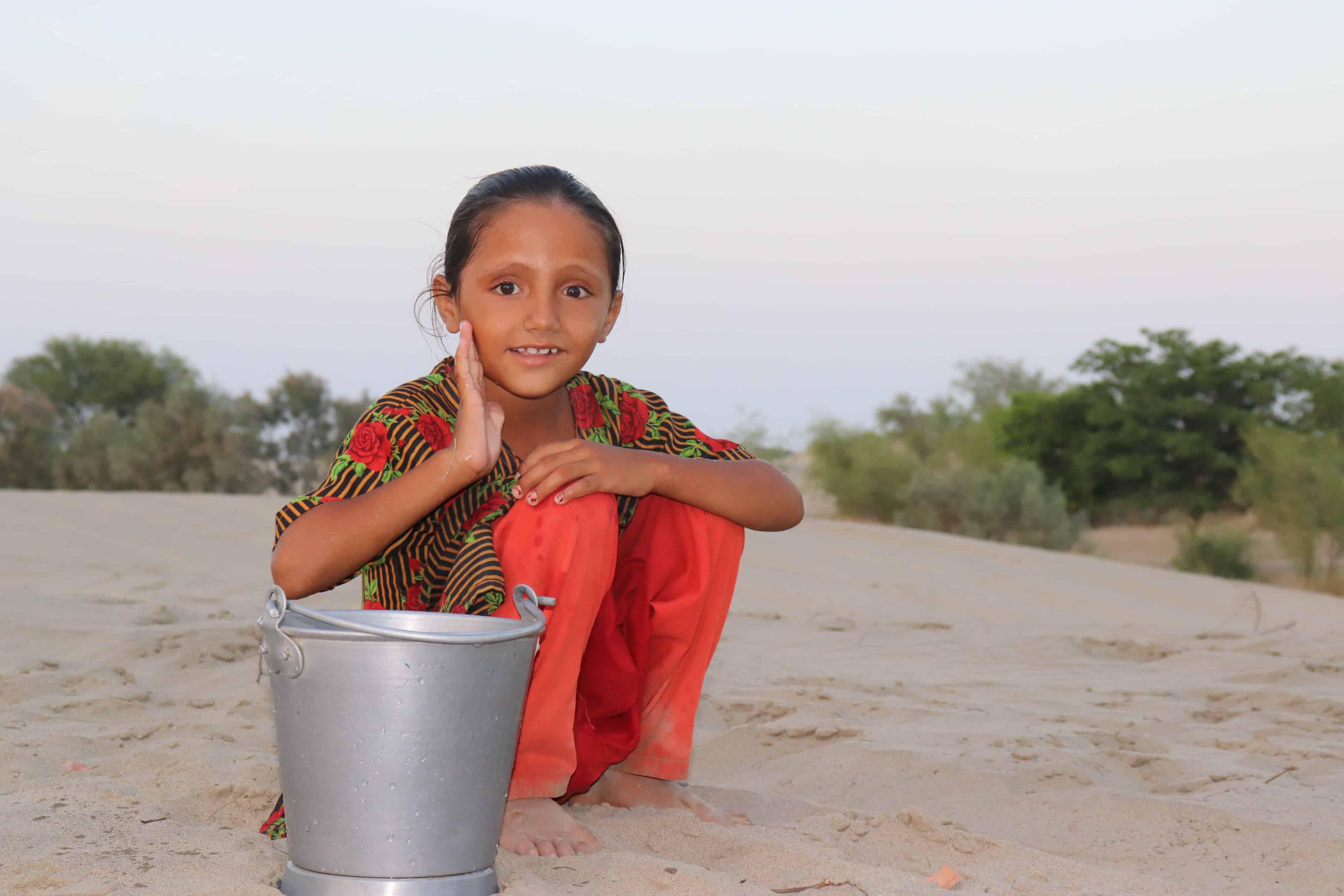 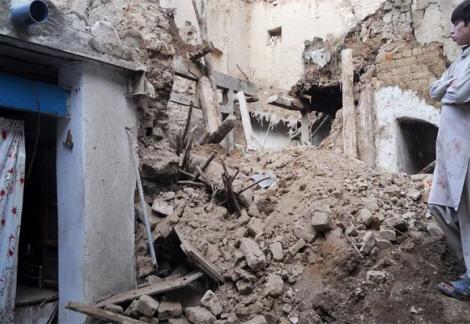 Afghanistan has suffered a devastating earthquake. Over 1000 people are reported killed, the death toll is rising, with more than 600 injured, and many more rendered homeless – hitting remote rural areas where homes are unstable and poorly built. 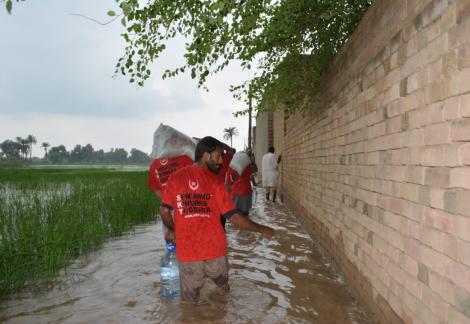 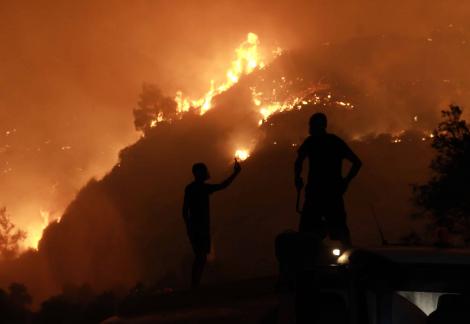 Wildfires were burning out of control, with flames threatening populated areas, electricity installations, and historical sites. 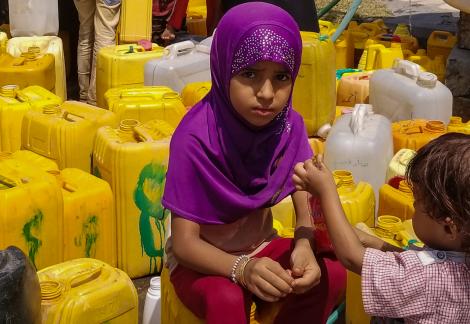 Our Water appeal is a Palestine charity that provides fresh, clean water to people throughout Gaza 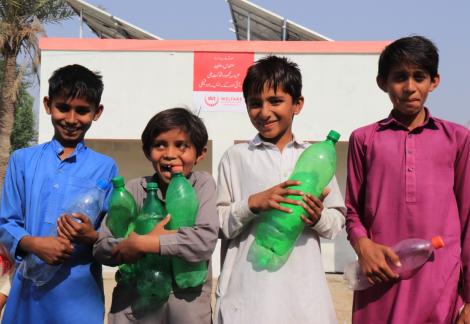 Almost 40% of all deaths in Pakistan are due to drinking contaminated water.  Your donations can help build water filtration plants for some of the  most impoverished communities in Pakistan. 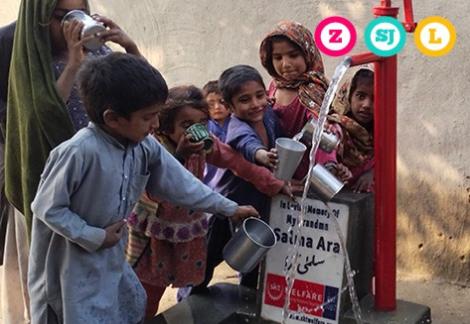 85% of people in Pakistan don’t have access to clean drinking water.  Give them the gift of water and install a hand pump today. 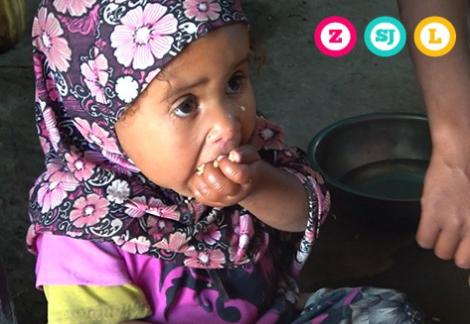 With our  Food project, SKT Welfare helps Yemen's most vulnerable. 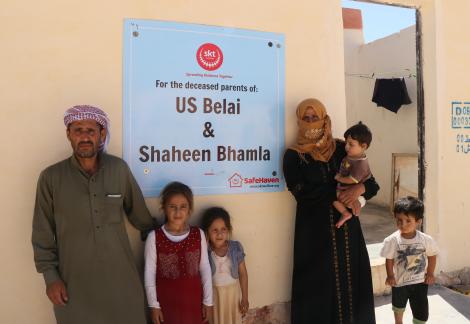 You can build a safe and secure home for a Syrian refugee family today! For only £2,750 a complete home will be built for the family. 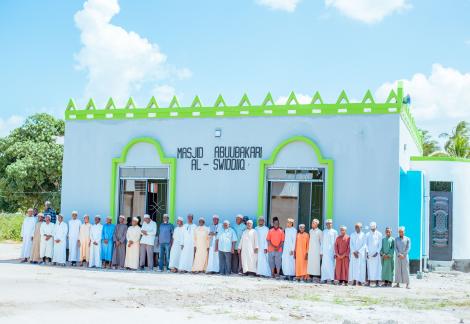 Build a Mosque in Tanzania

In Palestine, the people of Gaza have particularly suffered recently – enduring eleven days of relentless bombing in May before the ceasefire, but not before too many lives and homes had been lost, and so many of its buildings, much of its infrastructure, and piped water supplies.  Help remains desperately needed, and payments for water in Gaza can start as low as £5 per month, but more is always welcome – as one-off payments or monthly Sadaqah.

WATER - YOU CAN PROVIDE A COMMUNITY IN GAZA WITH WATER FOR A WHOLE DAY FOR £85.

FOOD - YOU CAN ALSO PROVIDE A FAMILY IN GAZA WITH HEALTHY, NUTRITIOUS FOOD FOR 3 MONTHS FOR £150.

Pakistan is ranked as one of the poorest countries on the world for access to clean, safe,  uncontaminated water.  22 million people have no access to it at all, and 19,500 children die every year from contaminated water, poor sanitation, and water-borne diseases.  But just £150 will build a water hand pump – providing clean drinking water, and transforming the lives of a vulnerable family.  And buying a water pump is Zakat, Sadaqah Jariah and Lillah eligible.

We install clean water pumps throughout Pakistan’s most impoverished communities to put an end to this water crisis and keep Pakistani families happy and healthy.

Each water hand pump is installed within a family’s home and provides clean and safe water for years to come. It lasts for a minimum of 10 years and is installed using top-quality equipment. We work with local engineers and contractors to ensure our handpumps are of the highest quality.

We are predominately building hand pumps in rural Pakistan – Multan, Muzaffargarh, Dera Gazi Khan. You can add a name to the plaque for your water pump and this is Zakat and Sadaqah eligible.

Hifz for Syrian children in Turkey

We are committed to providing quality education to children in need. At SKT Welfare, we know that with the right foundations, children will go on to succeed, flourish and lead good lives.

Our Hifz programme provides Islamic education, Qur’an and hifz studying to Syrian refugee children in Turkey. For many of these children, a lot of whom are orphans, this is a way for them to stay rooted with their heritage, language and culture.

Like Imam Hussain’s precious son, three children die every minute from lack of clean and safe water. Unfortunately, while you cannot just turn on a tap for them, you can give the gift of water, this Muharram, and change people’s life for the better.

Giving water is a wonderful form of Sadaqah Jariyah... and it is a significant thing we do at SKT Welfare all year round, but let us do it in the name of the Prophet (saw), for Muharram

In Yemen, we provide them with monthly water tanks, each containing 3,000 litres of water, at the cost of just £10 per month, for families to use for drinking, cooking, cleaning, and washing.

£60 will provide them clean water for six months.

£120 will provide them with water for an entire year.

This Muharram, helps those in need thrive and not just survive.