Ensuring Children are Never a Target in War: 9 years of unspeakable suffering in Syria

This very minute, countless children are living through warzones, experiencing unimaginable horrors and being exposed to things that will affect them for the rest of their lives, both in their physical growth and emotional and cognitive development.

War deprives children of innocent childhoods full of safety, comfort, happiness, education and growth. Instead, children are fearful for their lives while bombs are being dropped around them, worried about being separated from their families and often forced to escape.

A staggering 1 in 5 children today are living in a warzone. Over 8 million children have been directly impacted by the war in Syria which began in 2011. UNICEF reports that children constitute almost 45% of the population in need of aid, which totals 11.7 million civilians in Syria and 5.7 million Syrian refugees abroad. In 2018, official reports reveal that at least three innocent children were killed every day during the war, and we anticipate the actual figure to be much higher. In the first two months of 2018 alone, 1,000 children were killed or injured in the intensifying violence.

The UN verified 2909 grave violations against children throughout 2018 - including 89 attacks on schools. The World Bank reported that 49 education facilities had been destroyed in Aleppo alone and that many schools had become military bases and targets. Some organisations have estimated the real number of attacks over the last 8 years on schools to be over 4,000.

Fear of attack has also closed many schools, disrupting the education of millions of children across the country.

Intensified bombing and air fires in Idlib began on the 22nd December and forced over 80,000 people to flee their homes in search of safety. Scores of people were killed, including children. On Tuesday 24th December, a missile hit a school in Idlib, killing at least five children. 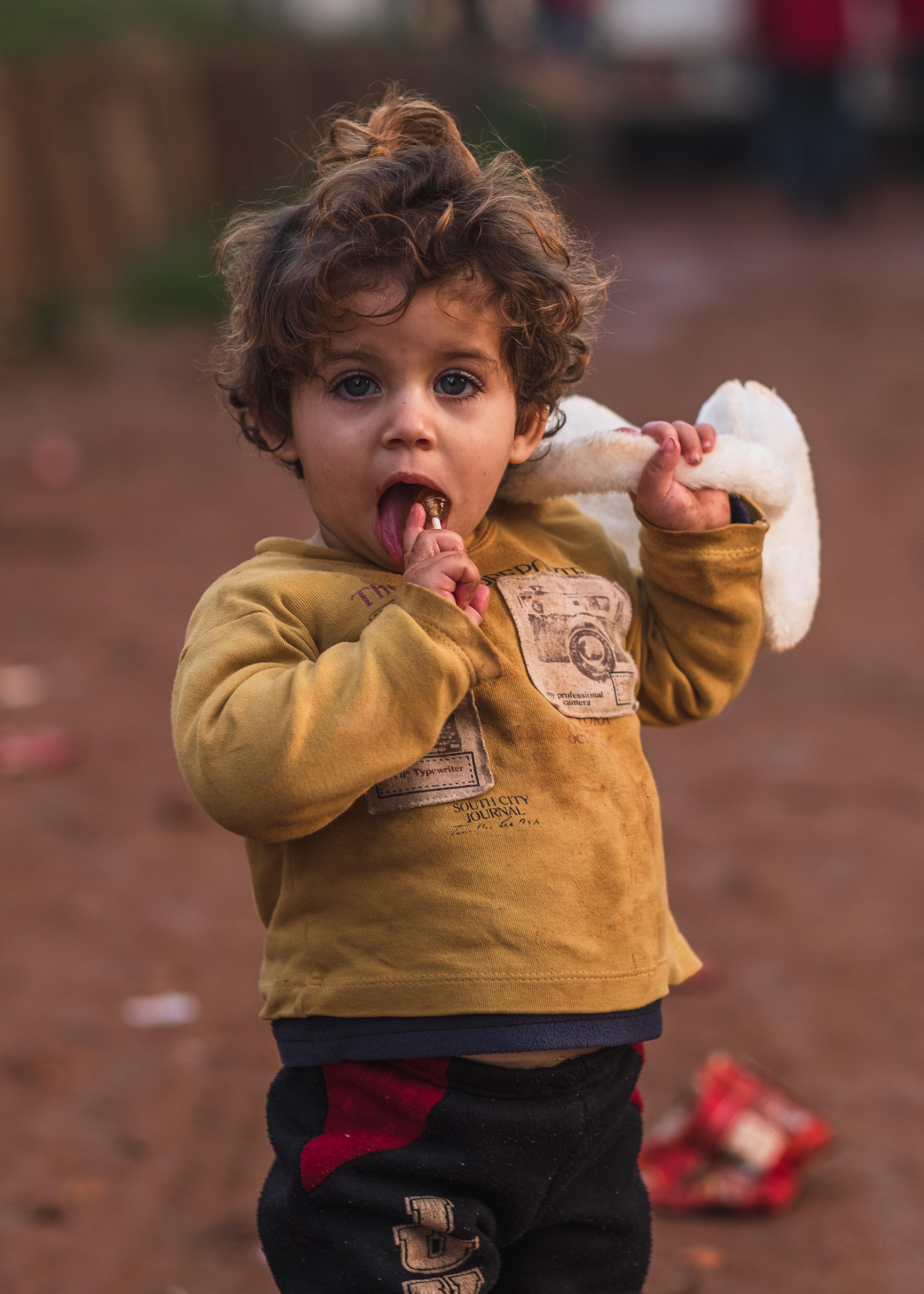 At SKT Welfare, we are committed to building a world which protects and guards children. We work with communities inside Syria providing vital food, water, clothing and healthcare. Our Al Huda Hospital based near Aleppo provides free healthcare to all those who need it, and hundreds of operations are carried out daily. We also have a bread factory, Al Huda Bakery, which provides bread to hundreds of people on a daily basis. We know that when we provide food, we provide a lifeline. Countless Syrians are living in unimaginable conditions, unaware where their next meal is coming from. We seek to ease their suffering as much as we can, God willing. 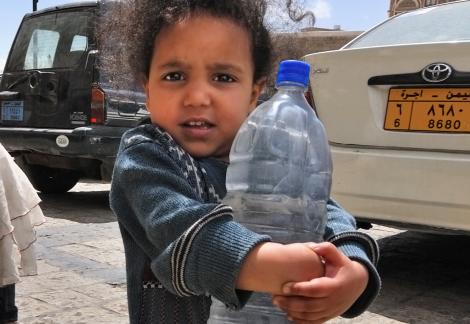 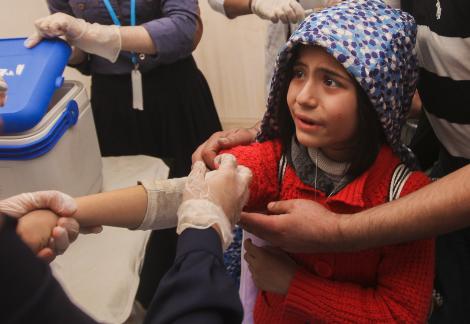 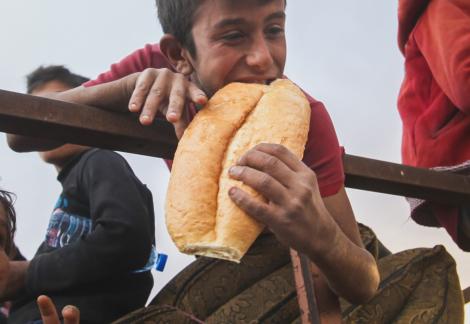 Vulnerable communities around the globe are in need of nutritious food more than ever before.  Due to over 9 years of brutal war, Syria’s agricultural industry has collapsed and caused food prices to skyrocketed 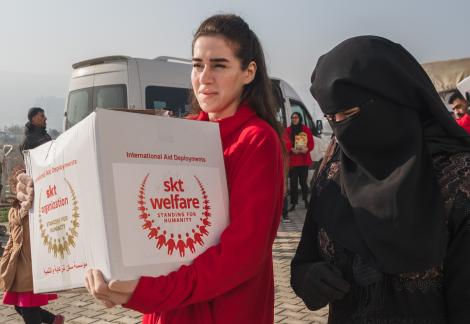 Vulnerable communities around the globe are in need of nutritious food more than ever before.  Since 2011, millions of Syrian refugees have been forced from their homeland because of violent conflict. 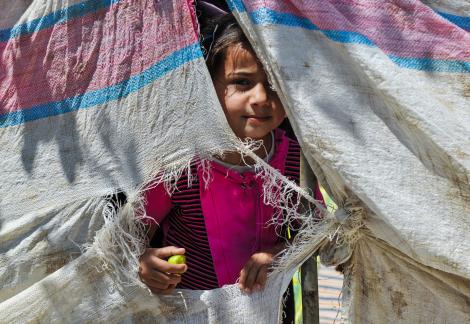 It’s impossible to understand what that means for people; ordinary Syrian people, who have had their lives turned upside down in the conflict.

We serve Syrian refugees in Turkey, focussing on helping children and women rebuild their lives after the devastation of war. At our Springs of Hope centre in Reyhanli, Turkey, we provide a safe home, food, top quality education, excellent healthcare and clothing to over 200 Syrian orphan refugees and their mothers, who have become widows during the war. We strive to keep families together, and ensure children go to school, learn Qur’an and Arabic, as well as take part in cultural and creative activities. Children are provided ample opportunities to learn and play, as well as safe spaces to address and heal from their trauma. We ensure they lack nothing while in our care.

We support widows with psychological support and provide training in vocational skills such as calligraphy and sewing, and the Turkish language so they can create better lives for themselves and their families. We seek to empower and support men, women, children and entire communities so they can create futures that are bright, beautiful and safe. 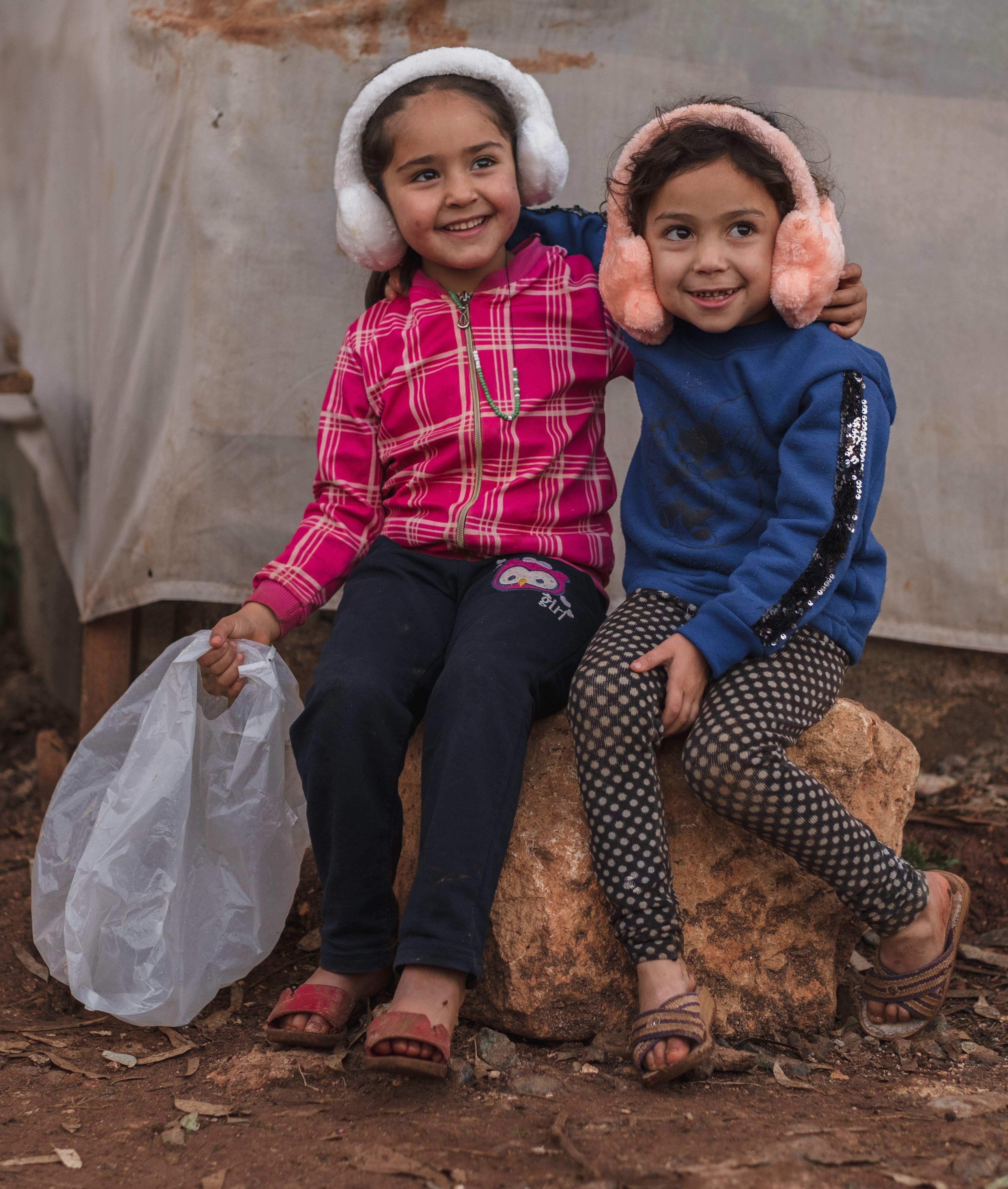 To find out more and support our work in Syria, visit

Our 100% donation policy means that every penny you donate is used in the delivery of humanitarian projects and directly related costs. Indirect and administrative costs are covered by either direct donations themselves or by using Gift Aid.